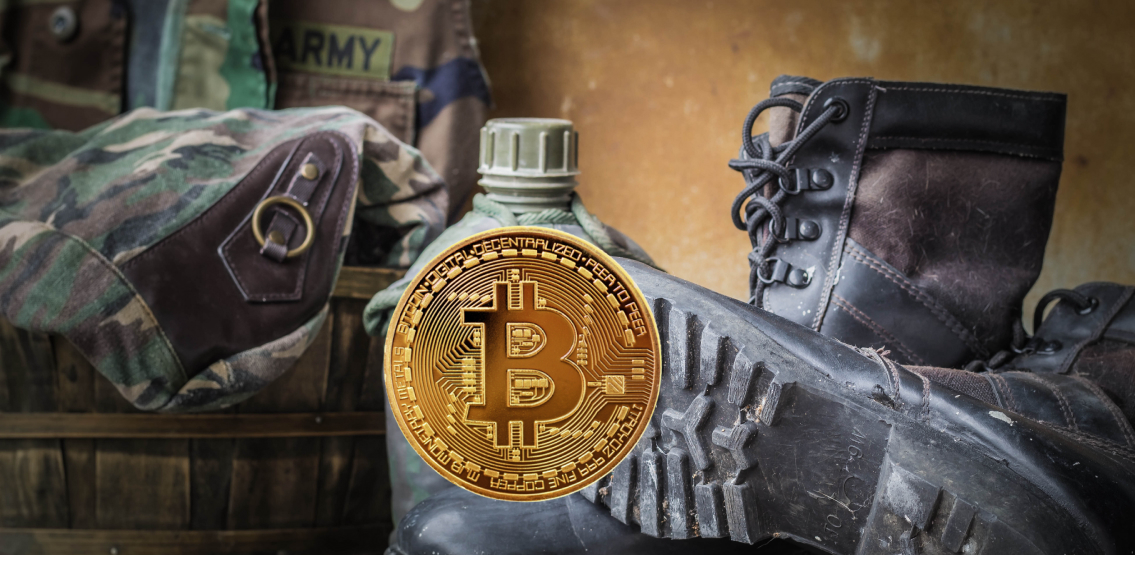 With crypto donations to Ukraine expected to reach the value of $100 million soon, some of the crypto is being used to buy military gear. Around $15 million has been spent on gear such as bullet-proof vests.

In a Bloomberg article, Alex Bornyakov, deputy minister of digital transformation of Ukraine, said that most of the cryptocurrency donations had been in either bitcoin or ether. However, his ministry had also received polkadot, tether, solana, and even 100s of NFTs, including one very valuable Crypto Punk.

The deputy minister said that within only 2 days of the invasion, his country had managed to source and purchase all types of supplies for the army, such as food packages, bandages, night vision glasses, and the bullet-proof vests.

40% of suppliers had agreed to take crypto, while the rest had been purchased by first liquidating the crypto into fiat currencies, such as euros and dollars.

According to the article on Bloomberg, the Ministry for the Digital Transformation of Ukraine was formed 2 years ago in order to move all government services online and to provide high-speed internet across the country.

Now, due to the Russian invasion, the ministry is concentrating on defending the country’s digital infrastructure from attack, and also collecting and using the cryptocurrencies donations from well-wishers.

However, not all the donations have been easy to liquidate into cash. The NFTs take time to sell, and the Crypto Punk especially is proving hard to sell. This particular NFT sold for around $43,000 a year ago, but the prices of these NFT have rocketed since then.

Bornyakov said of the Crypto Punk:

“Yes, someone donated us a CryptoPunk, but it’s so hard to sell, we haven’t used it at this point,”

“We are going to keep it for now. We appreciate every support that people are trying to give. What’s important is people’s awareness. They see what’s going on, and they are trying to help. We are going to work with NFTs a little bit later, we are focused on things we can deal with right now. There’s no time to figure out how to convert them. Maybe once things settle down we’ll figure this out.”