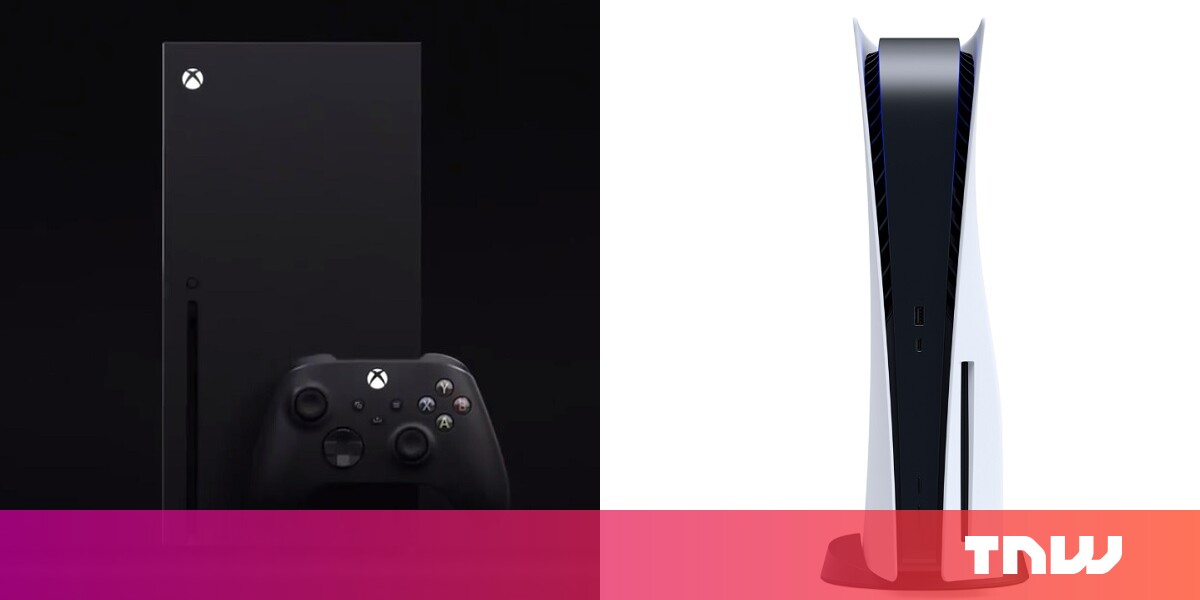 It’s finally happened: both Sony and Microsoft have shown their hand. We now know what both the PlayStation 5 and the Xbox Series X look like, what’s inside of them, and what kind of games they’ll have. So now’s as good at time as any to start properly comparing them, yeah?

Both companies almost seem to be inviting the contrast, as they’re doing things very similarly and yet differently at the same time. While we’re still missing some details on both consoles — namely, the goddamned price, come on you two — we now know enough to make some comparisons. So let’s do exactly that.

When it comes down to it, the games are going to be what make or break these consoles. So what kind of games have been revealed? We know that both consoles will have several games in common, such as Assassin’s Creed: Valhalla, Cyberpunk 2077, Resident Evil 8: Village, and Vampire: The Masquerade: Bloodlines 2. So no matter which console you get, you’ll have quite a few games to play.

Wars will rage. Kingdoms will fall. This is the age of the Vikings. Assassin’s Creed Valhalla will be available Holiday 2020.

Sony’s reveal of the PS5 came at the tail-end of a series of game reveals. While some of them were no more than smoke-and-mirrors cinematic trailers, designed to show off an idea rather than footage we might actually see in-game, there were some actual gameplay reveals. That said, the PlayStation 5 appears as though it will have an attractive slate of exclusive games, such as Ratchet & Clank: Rift Apart and Horizon Forbidden West (no, I’m not at all smug about being right, thank you). Sony execs have made it very clear that the console is separate from the PS4, and won’t have as many games that cross generations

The Xbox Series X, on the other hand, seems to be aimed at using games and the Smart Delivery feature to ease the transition between the generations as much as possible. So while you’ll have Halo Infinite and Senua’s Saga: Hellblade 2, those won’t be just on XSX. Smart Delivery, specifically, is designed to ensure that a game is optimized for the device it’s on, and gamers will only need to purchase games available on either generation once. It’ll also have software designed to bring 360 and OG Xbox games up to the HD standard so they’ll look nice on the XSX. All of this, coupled with the fact that Microsoft won’t have launch exclusives (most, if not all titles made in the first year or so of the console‘s launch will also be available on Xbox One), makes the XSX an attractive prospect for Xbox One owners… at some point.

Senua’s Saga:Hellblade II – the next entry in the Hellblade franchise from developer Ninja Theory.

While the XSX’s strategy of not forcing console owners to buy the new console for fear of missing out on games is the more consumer-friendly of the two policies, using launch exclusives as bait can work. So which games are you most interested in playing?

When you see the hardware specs of the PS5 and XSX side-by-side, they seem relatively similar. Both have 8-core AMD Zen 2 CPUs, 16GB of memory, 8K resolution, and 4K UHD Blu-ray drives. Both have AMD Radeon Navi graphics processors — though the PS5‘s will be marginally less powerful than the XSX’s. So far we’ve not yet seen the side-by-side comparison to see which actually makes prettier games — that’ll likely have to wait until the games actually come out alongside the consoles. While the PS5 hosted the Unreal Engine 5 tech demo, we also now know Senua’s Saga was built with the same engine, so naturally both look very pretty.

Frankly, I think the differences between the GPUs won’t be nearly as noticeable as that between the solid state drives. While the XSX has a nice, thick 1 TB SSD, the PS5 has an 825 GB SSD. It might not seem like a big difference in storage, but that’s basically one whole Modern Warfare of difference. For those interested in hardware, I have a feeling it’ll be the size of the SSD that really makes the decision.

There’s also the question of backwards compatibility — which, granted, isn’t exactly a hardware concern, but it is something that’s baked into the console. The XSX has put a premium on backwards compatibility, touting the fact that it’ll work with all previous generations of Xbox games and almost every single game will be playable on the console from day one. PlayStation, on the other hand, has mentioned that it’ll have some backwards compatibility with the PS4, but it’s unclear exactly how much — answers have differed, but the accepted notion is that some of the more popular PS4 games will transfer over.

Let’s confront the elephant in the room: the aesthetics. I already got roasted with lamb sauce by many — my colleagues included — for calling the white-on-black PS5 tower “gorgeous.” But I stand by that — first of all, y’all know I’m a fan of consoles that come in any color other than black-ish, grey-ish that’s been standard for the last couple of generations. But no matter — I can almost guarantee there’ll be a black version of the console. Sony isn’t stupid; they know how likely it is that gamers will break from the status quo… meaning, not very. But the white-and-black look compliments the frost-white DualSense controller and the PSVR headset, so it makes some sense they’re showing this off first.

…and here it is. Thanks for watching! #PS5 pic.twitter.com/pOzHc31X3G

The Xbox Series X, though, has already been the but of multiple jokes about how it looks like a black refrigerator. Heck, even Xbox staff got in on it during an Inside Xbox showcase, which took place over teleconference, when someone used a kitchen background that had the XSX in place of a fridge.

When it comes down to it, this probably won’t be the item that sways people one way or another… but it could be a factor. And if you’re really stuck between the two, I wouldn’t rule looks out as the deciding factor. Do you want a glowing blue router or a black smart speaker?

The most powerful console ever

Re-engineered from the inside out

Designed for speed and performance

Here’s everything you need to know about Xbox Series X… so far: https://t.co/37555ReJwo | #PowerYourDreams pic.twitter.com/2AMG8kB2Na

The race between the two consoles seems pretty neck-and-neck, as per usual at this early stage in the lifecycle. There are good reasons to get either one: the PS5 has exclusive games and showed more interesting material during its reveal event. The XSX is a more powerful machine that offers greater backwards compatibility. As always, it’ll probably come down to what you, the gamer, value more highly.

I think one of the biggest deciding factors that will really make or break this, and which I don’t expect to be revealed for some time is price. And for those of you out there prepared to get both… well, gird thy wallets, because rumor has it the prices of both are going to be rather expensive.

Celebrate Pride 2020 with us this month!

Why is queer representation so important? What’s it like being trans in tech? How do I participate virtually? You can find all our Pride 2020 coverage here.