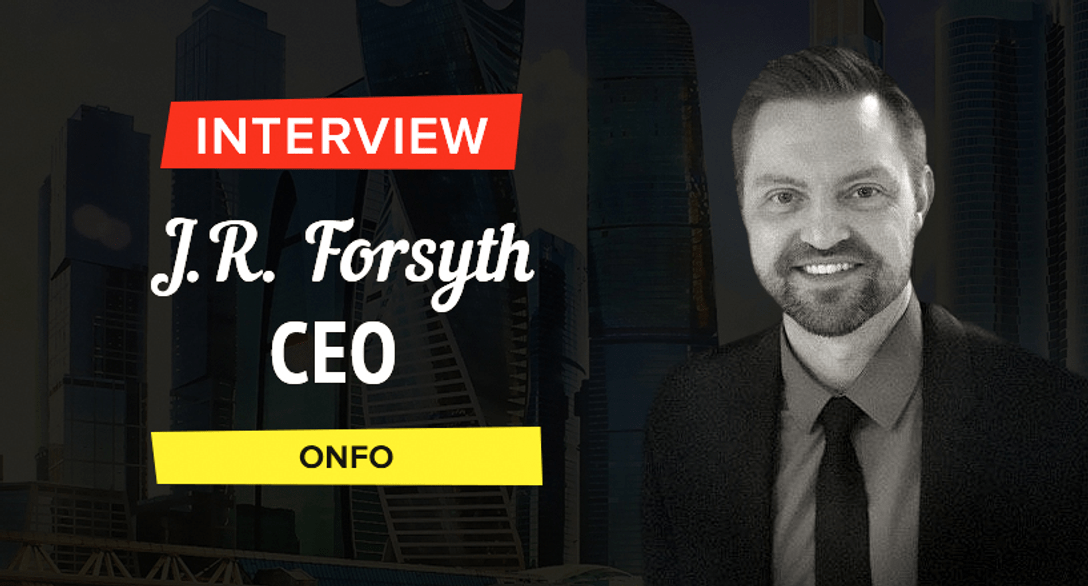 To start off, you are a trained physician, you started building virtual cryptocurrencies back in 2008, you led two former crypto startups, and today you are here to discuss ONFO, a worldwide cryptocurrency that grows through the novel “network mining” process designed for rapid user growth. It’s truly an honor to get to talk to you today!

1) After spending more than a decade in the cryptocurrency space, we’d like to know where your passion for digital currencies comes from? What attracted you the most to this world?

Having studied mathematics as an undergraduate, I became fascinated with the secure mathematical algorithms we use to hide secrets behind massive numbers. BitTorrent proved that a decentralized ledger could successfully secure the sharing of digital assets (like music files) worldwide. Eventually, Bitcoin proved that we could do the same thing with a decentralized currency! Having an understanding of the underlying technology, it became apparent to me that this very innovation would inevitably replace sovereign currencies due to the inherent fairness and security of these protocols. These systems have the potential to almost completely eliminate currency manipulation by major powers. I am inspired by the idea that we can give the power of the currency to the citizens of the world. Permanently.

2) Can you give us a short summary of the crypto projects you’ve built over the years? If you don’t mind, we’d like to know if you had any attempts or failures over the years. What does the path to success look like?

I spearheaded an effort to build a virtual currency system starting in 2008 called Ambicash. This was a token that was tethered to the US dollar and was only operational for a short time. We built this as a contemporary system to Bitcoin, which was released in 2009.  We ultimately recognized that the fatal flaw of our system was that it was secured by a centralized ledger. Bitcoin proved to us that a decentralized system would be far more resistant to manipulation and government scrutiny over time, so we pivoted into distributed ledger technology. Our developers have been contributing to multiple open-source cryptocurrency projects ever since.  Ultimately, our experience in this ecosystem provided us with the insight to develop ONFO.  Onfocoin, as we’ve been calling it, is the culmination of a decade of research into this field of technology. ONFO also has the potential to outpace all other cryptocurrencies in terms of user growth.

3) What finally inspired you to develop ONFO? How is ONFO different from any other cryptocurrency project?

There are hundreds of cryptocurrencies being used today. The vast majority of them have not innovated much when it comes to the core concept that Bitcoin brought to the world. Many of the largest systems require massive power to mine and have relatively long confirmation times for transactions. Many systems have very expensive transaction fees associated as well. Worst of all, most cryptocurrencies are extremely hard for regular people to use. We knew we needed to build a system that solved all of these problems. If this technology is to be used by the masses, a program that has almost instant confirmation times, low transaction fees, and is easy to use will grow faster than any other system over time.

4) For a long time, there was no such thing as a quick-and-easy way to get real money on the Internet. Cryptocurrency changed that. Can you explain in the most simple terms the referral principle behind ONFO? What does “Network Mining” actually mean?

Bitcoin created the “proof of work” concept, which is the basis behind what we know as cryptocurrency “mining”. With Bitcoin, computers around the world are constantly trying to guess the answer to a very difficult mathematical question that the Bitcoin protocol spits out every 10 minutes or so. When a computer guesses the right answer, this results in an “easter-egg-like” reward of several Bitcoins. This innovation is key when it comes to supporting the system and attracting volunteer transactional power. Unfortunately, it requires an enormous amount of actual power (or electricity) to accomplish. Rather than copying this burdensome requirement, we created the idea of “proof of effort” where someone earns tokens by “proving” that they are a real person. Each time a real person is referred by another user (“network mining”), a proof is submitted to the system and tokens are awarded.

We have always felt that ICOs (initial coin offerings) tend to create an imbalance in ownership. When early adopters purchase massive amounts of a cryptocurrency, they have the potential to destabilize the market over time with their holdings. One of the most important problems that math-based currency can protect us from is market manipulation by large players. These are sometimes called “whales” in the crypto community. We wanted a very fair distribution over time (based on individual effort) and have avoided the idea of putting large amounts of tokens into the hands of individual players for this reason.

6) Do you think cryptocurrency hasn’t seen mainstream adoption yet due to the investment barrier? Why is a referral program the best way for people to “mine” a currency?

I believe cryptocurrency has not seen mainstream adoption mostly because it has been so hard to use. These systems tend to get very technical and are intimidating for most people. Many are afraid to purchase cryptocurrencies because it is perceived that the window of opportunity to get these tokens at a good price is long gone. Many tokens seem very expensive to own, especially Bitcoin. Referral programs humanize the use of these systems in such a way that they feel less intimidating.  Additionally, when tokens are earned by entry-level participants, the barrier of entry starts to seem much smaller.

7) The referral program puts the tokens in people’s hands. How can they spend them? How are you planning to incentivize merchants to accept ONFO as payment?

When Bitcoin was first released, it took many years before the user base was large enough to warrant utilization in mainstream commerce. We have discovered over the past decade that the size of a system’s user base is what predicts the likelihood of someone spending a token. As the size of the community grows, opportunities to spend the tokens appear naturally over time. Years ago, when Bitcoin was worth almost nothing and could not be spent anywhere, many of those early believers who accumulated them during that time have become very wealthy. These were visionary investors who saw the ultimate potential of a larger community of users adopting the technology over time. ONFO is no different in that we envision this ecosystem continuing to grow in such a way that the early adopters should reap an enormous return. Merchants will naturally be drawn to accept these tokens as they become more ubiquitous.

8) How do you assure stable pricing for a token? Do you think the price of a token can remain relatively stable even during a crisis?

The number one factor that will ultimately stabilize a token over time is if it can achieve a sufficiently large user base that can weather the natural fluctuations in market price. The reason why currencies such as the US dollar tend to appear so stable is because such a vast number of people and institutions use them. Almost any transactional system with a small user base will be subject to significant fluctuations in value. Our goal is to proliferate use of our token such that it becomes widely used, and therefore naturally stable.

9) ONFO is live right now! Where can people get their first tokens and their referral link? What are your plans for the future?

They can easily download the ONFO Android app or create a new secure wallet at onfocoin.com. And to be a little selfish, they can always use MY personal referral code “burnitdown” to sign up for an account and prove their identity. I have to earn these tokens the same way anyone else does, but I am excited to earn more for my referral activity. Each time someone refers others into the system they are rewarded with tokens as well. There are several tiers of token rewards, which are based on how much effort an individual invests in bringing others into the system. The more people you bring in, the greater the token reward. It is entirely free to use as well.

ONFO continues to grow naturally every day with almost no advertising. Our vision for the future is especially focused on helping the disenfranchised and unbanked people of the world participate in modern commerce in a more meaningful way. Cryptocurrency has the power to change lives for the better and secure an improved financial path for the downtrodden throughout the world. Ultimately, systems like ONFO will become the preferred currencies of our increasingly interconnected global society. People should get as many of them as they can while they’re still easy to obtain.