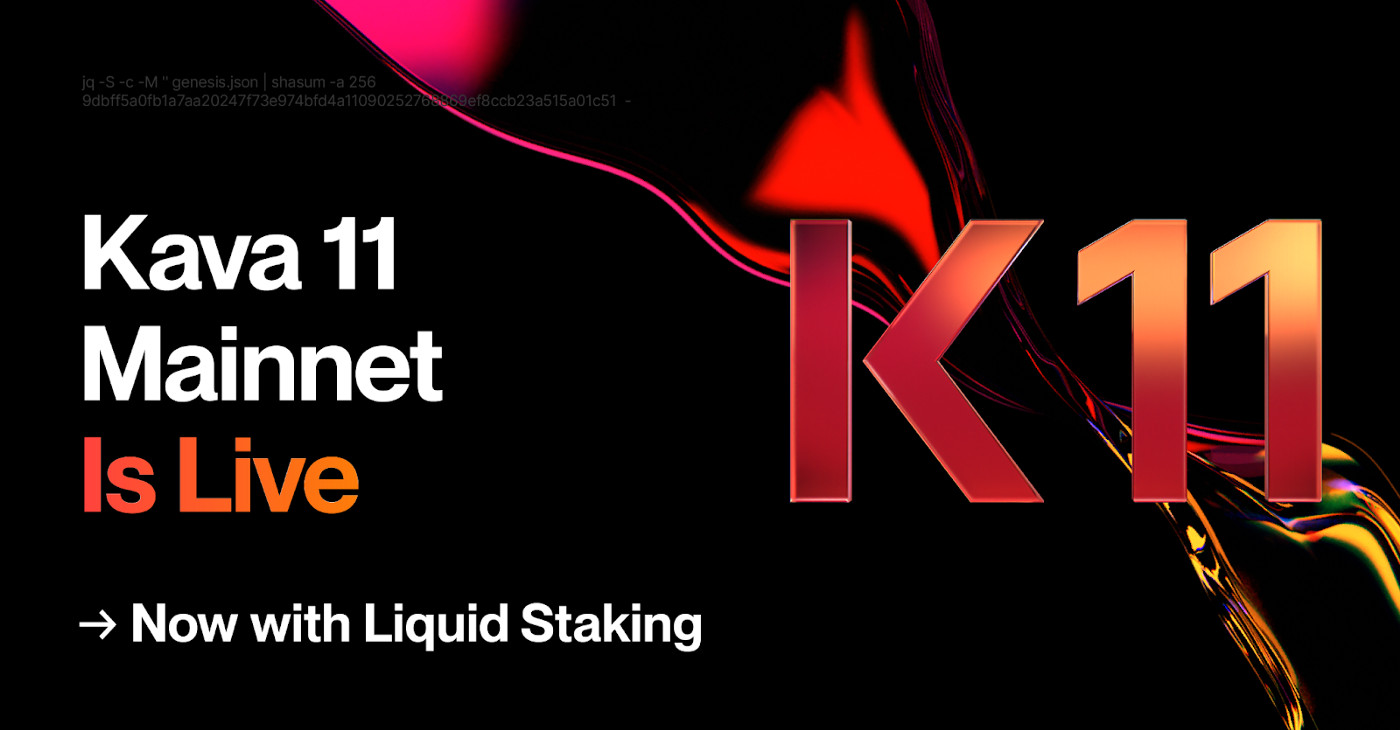 The Kava 11 upgrade is the beginning of a new chapter for Kava. Liquid staking on Kava lays the foundation for unlocking all staked KAVA for use in DeFi protocols on the Kava Network. Kava 11 will transition a significant portion of staking rewards over to bKAVA rewards. Converting staked KAVA to bKAVA and supplying the asset to the brand-new Earn (a yield optimizer integrated with Multichain’s ERC-20 bridge) and Boost modules will significantly increase a staking APY. One of the main benefits is that, besides benefitting some of the highest APYs in the market today, stakers will maintain their voting power in the network — a monumental step for DeFi protocols towards real decentralization.

“The goal of Liquid bKAVA is to unlock the power of staked KAVA for all DeFi protocols onboarding rapidly to the Kava network. Unlike other forms of liquid staking, which can only support a small fraction of liquid staked asset conversion, Kava Liquid can handle 100% conversion of staked KAVA to bKAVA and back again while preserving decentralization of voting power. That is an invention unique to the Kava Network and aligns with our goal to grow DeFi protocols on Kava.”
— Scott Stuart, CEO of Kava Labs

One of the most high-impact events linked to the Kava 11 launch is the creation of the Kava Foundation, an entity in which KAVA token delegators will control about $200M in assets to safeguard network growth for the future. The Kava Foundation will enhance network security, aid network infrastructure development, and create new avenues of growth and innovation via Community Owned Liquidity.

Since 2021, more than 40 protocols have been deployed to Kava to join the network’s unique on-chain programmatic builder incentives program Kava Rise. Notable deployments include tier-1 DeFi protocols such as Curve Finance and Sushi, who have decided to join the initiative led by Kava Rise to launch DeFi towards mass adoption. The Kava 3pool on Curve reached $14 million in TVL on the first day of the pool’s KAVA token rewards going live. Sushi’s deployment included integration with Sushi’s most-used dApps – Trident, Furo, BentoBox, and Onsen.

To learn more about the Kava 11 upgrade and its significance for the Kava Network visit here.

Kava (kava.io) is a secure, lightning-fast Layer-1 blockchain that combines the developer power of Ethereum with the speed and interoperability of Cosmos in a single, scalable network.