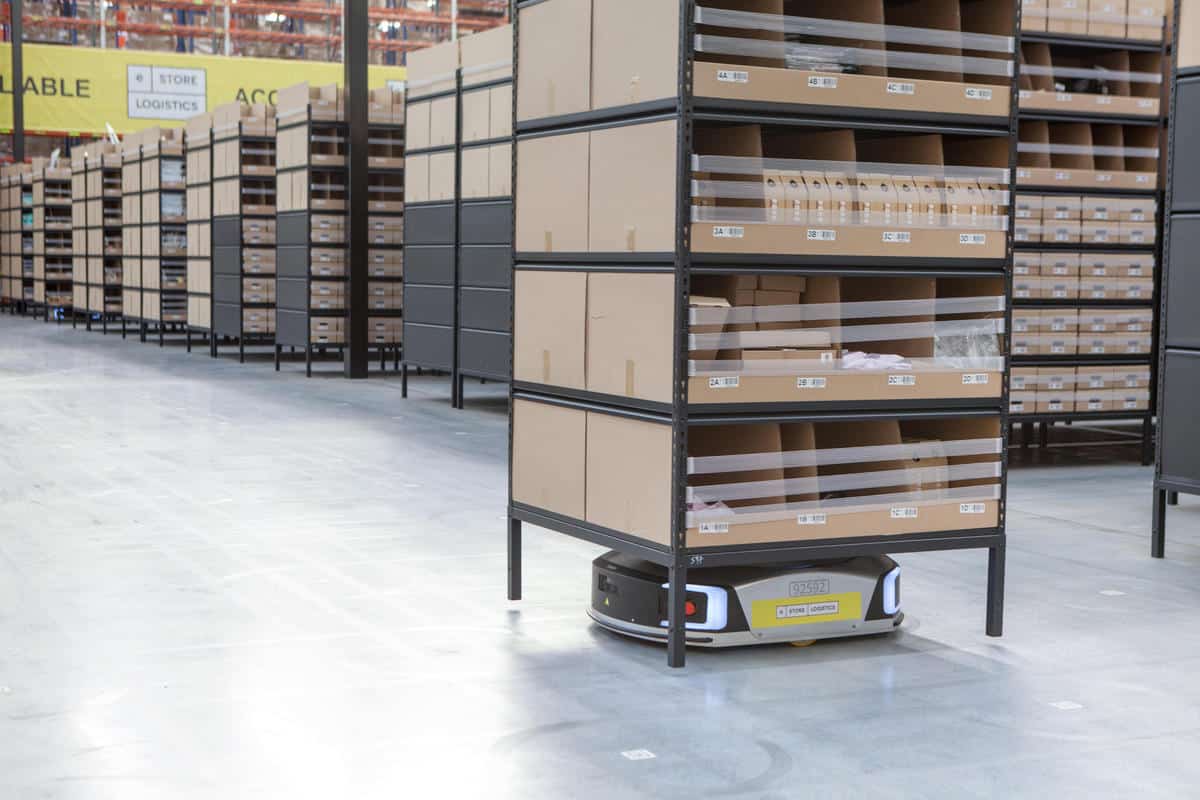 E-commerce fulfilment provider eStore Logistics has announced a AU$40 million investment over several years into developing two fulfilment centres and the rollout of over 200 AI-enabled robots between both centres.

According to the company, the robots, shaped in the form of household robotic vacuum cleaners, will be used to automatically retrieve inventory stored on shelves or pallets from the warehouse floor before the products are packed by staff for shipment.

Each robot operates using algorithms based on historical matching data to calculate the most efficient picking paths and order groupings, and can automatically move the storage locations of shelves or pallets within the warehouse based on incoming orders and future demand, eStore Logistics said.

“Consumers are demanding faster delivery today than they were three to four years ago, and our robotics warehouse systems mean online retailers can give their customers the best service possible — including same-day delivery — in the most cost-effective way possible,” eStore Logistics managing director Leigh Williams said.

See also: Robots are changing the face of retail in 2020 (TechRepublic)

The robots will be rolled out in two of eStore Logistics’ warehouses based in Melbourne’s western suburbs. The first facility — an 8,383-square metre centre — is already operational and another 26,600-square metre facility is due to open in August.

The facilities are expected to handle up to 95,000 orders each day for brands including Kogan.com, Temple and Webster, Patagonia, and Hairhouse.

eStore Logistics added it is looking to secure additional sites to expand its robot-powered warehouses across Australia.

The move by eStore Logistics follows in the footsteps of Amazon’s fleet of fulfilment centres that have long relied on robots as part of its operations.

The e-retailer giant previously dismissed the idea that warehouse robots would take over jobs anytime soon, saying fully autonomous warehouses are at least a decade away from development.

The robots handling your online orders

Automation is getting a big boost thanks to consumer behaviour changes during the pandemic.

It will be the company’s fourth fulfilment warehouse in Australia.

Amazon delivery robots are officially on the streets of California

Amazon has robots on the streets. It’s a good bet urban delivery will never be the same.